Branden Anderson is an American singer, songwriter, musician, actor, entrepreneur, teacher and much sought after motivational speaker. He is most known for being the founder and member of the international award winning and chart-topping group G.I. For the last decade, the group has dominated the Billboard Charts, racking in millions of music sales/streams, and touring the world sharing the gospel of Jesus Christ.

At the early age of 8, Branden accepted Jesus Christ as his personal Lord and Savior. That same year, he began playing the piano on a small keyboard his parents gave him for Christmas. A few months later, he was playing for his first of many church choirs. He credits his father, the late Robert J. Anderson III, his grandmother, the late Kisiah Carter, his mother, Sharon Anderson, Kirk Franklin, The Canton Spirituals, Boys II Men, and Earth Wind & Fire as just a few of his musical influences and inspirations.

Branden attended Henrico High School where he excelled in the International Baccalaurete Program, a rigorous college preparatory program designed to challenge students to think outside of the box. In 1999, he graduated number 8 out of his class with honors. He was accepted on a full scholarship to Elizabeth City State University where he majored in Music and Business. In 2003, Elizabeth City State University recorded him as the first Music Major to graduate from the Honors Program.

G.I. has been accredited as being one of the most influential pioneer contemporary urban groups in gospel music They burst onto the musical scene in 2009 with their debut album “God’s Image.”Their smash break out hit single “Get Up”swiftly climbed the charts. (peaked at #24 on Billboard)During that time they appeared on national television shows and events such as BET’s “106 & Gospel,” “TV One’s “The Gospel According to Jeff Major,”and the 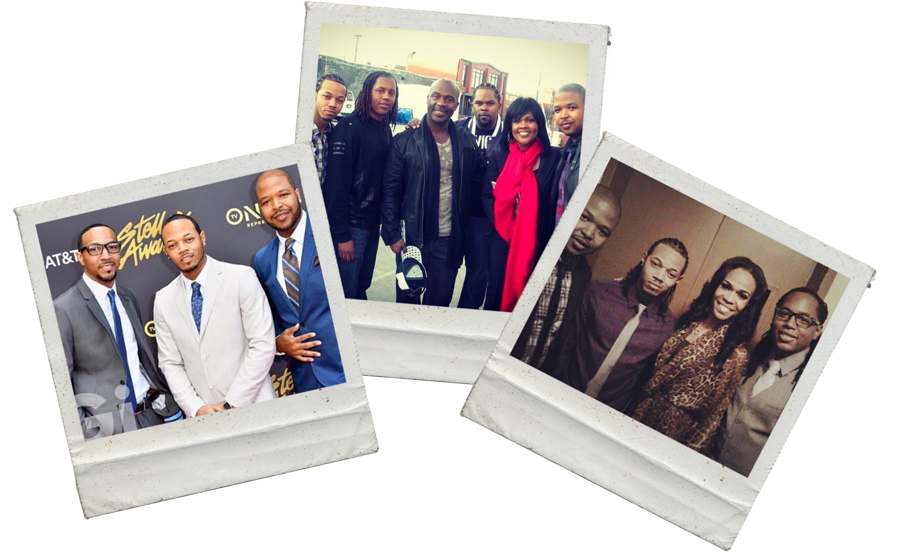 “Tom Joyner Family Reunion.” In 2011, G.I, released their sophomore album “The Next Dimension,”which included the hit singles “Forever We Will Worship,”(peaked at #24 on Billboard) and the international crossover hit single “Lead Us To Truth.”Flash Mobs erupted across the globe dancing the infectious pop tune. In 2017, G.I. released their 3rdalbum “Winning” which included the hit singles “Pray and Don’t Worry,”(peaked at #8 on Billboard)and “I’m

Ready,”(peaked at #13 on Billboard). In 2021, G.I. released their first live-recording “The Score: Live in Richmond,”which featured the hit single “So Good Live.”(peaked at #15 on Billboard.)

In 2010, Branden birthed yet another vision from the Lord, BGA School of Music. BGA is one of Virginia’s Largest Performing Arts Schools where students can learn piano, drum, guitar, voice, clarinet, saxophone, flute, and dance lessons. The school was founded to serve the community in training and preparing students for their personal and professional musical goals. The school started with only 5 students, and today is currently serving over 300 students. BGA has propelled its students to enter national talent competitions such as American Idol, as well as record and release projects in the music industry. (www.bgaschoolofmusic.com)

While Branden loves being 1/3 of one of gospel music’s most notable contemporary urban groups, just as Charlie Wilson, Lionel Richie, Marques Houston, Fred Hammond, Shirley Caesar, Beyoncé and many others all emerged from music groups to come into their own artistry, it is now Branden’s time.Written by Branden Anderson (along with the help of a few others) andproduced byDaniel Bryant (Tamela Mann, Chante Moore, Chris Brown), “God Did It Again (Tell Somebody)” is a song that everyone can praise to, dance to, and relate to. It is laced with apowerful message, impeccable harmonies and an infectious, undeniable beat. Download & Stream “God Did It Again (Tell Somebody)” Now.

Be the first to know about new music, new merch, and other exciting news.